At Miller-Plonka Funeral Home, our staff has exceptional experience and strive to provide quality service to our families.  We have three funeral directors on call to provide 24 hour service to your family. We promise to be there when the need arises. Please feel free to call upon us for assistance. Please meet our funeral directors.

Noelle R. Miller, was born in Little Falls, New York and raised in the Oppenheim and Dolgeville areas.  She graduated from Oppenheim-Ephratah Central School with the Class of 1998.  Noelle then went to the State University of New York, College at Oneonta where she obtained a Bachelor of Science Degree in Communication Studies and graduated with the Class of 2002. From there, she went on to the State University of New York, College of Technology at Canton.  While at SUNY Canton, Noelle received the Harry E. King Convocation Award for having the highest grade point average in her Mortuary Science Class. She obtained her Associates in Applied Sciences Degree in Mortuary Science and graduated with the Class of 2003.  Noelle served her  funeral director's residency program at Dimbleby, Friedel, Williams & Edmunds Funeral Homes in the Utica, New York area.  Upon completion of her residency in May of 2005, Noelle then became a licensed funeral director and began working with ten funeral homes in the Mohawk Valley and Utica areas in which she gained great knowledge of the industry.  On October 1, 2008, Miller-Plonka Funeral Home was established where she has served as the President and Secretary of the Miller-Plonka Funeral Home, Inc. since. Noelle is a member of many clubs and organizations which include Tri-County Funeral Director's Association, the Oppenheim Trailblazer's Snowmobile Club, Spruce Lake Fish and Game Club, Dolgeville Rod and Gun Club, Salisbury RidgeRunners Snowmobile Club, Auskerada Maques Rock City Chapter #308, Order of the Eastern Star where she serves as a star point, former Dolgeville Cub Scout Pack #18 Committe Member, former Dolgeville Cub Scout Pack #18 scout leader, and recently, Dolgeville Boy Scout Troop #18 Committee Member and Volunteer, and Dolgeville Foward community group.   She is a faithful member of St. Joseph's Church in Dolgeville where she has been a member for 38 years. Noelle resides in Dolgeville, New York with her husband, Robert A. Gridley and her children, Madison Plonka and Ethan Plonka as well as extended family, father Nicholas M. Miller, Jr. They enjoy family life, camping, snowmobiling, boating, motorcycling, their annual family vacation to Cape Cod and living in a close knit village and town. Noelle is a dedicated community member of the Dolgeville & Oppeheim areas. 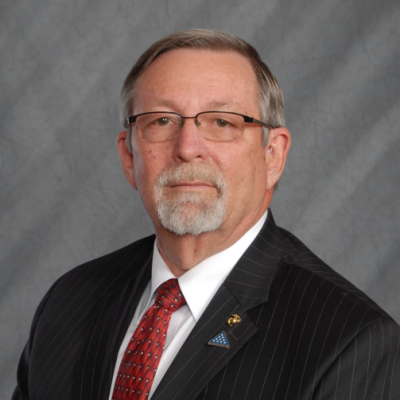 Brian enjoys spending time with his wife, Diane, his three sons and their families, his camp at Piseco Lake, golfing, boating, stream fishing and serving his community.

Noelle R. Miller is a first generation funeral director.  She was raised in Oppenheim by her mother Marcia and her father Nicholas Miller.  Her mother taught her the importance of family bonds and her father taught her the importance of education and persistence.  Along with these traits, her parents encouraged her to follow her dream to become a funeral director and to own her own funeral home.

About Us
Why Choose Us?
Funeral Directors
Testimonials
Contact Us
News and Events
Our Staff