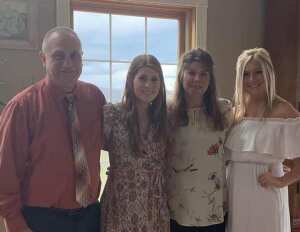 He was born on March 24, 1969 in Little Falls, New York and was the son of the late, Robert and Dorothy (Kovac) George. Tommy was educated at Dolgeville Central School and graduated with the Class of 1987.

On October 4, 1997, Tommy was united in marriage to Stacey M. Pierce at the Dolgeville United Methodist Church. They shared a union of 23 years together.

Alongside his wife, Tommy was the owner and operator of Little Falls Ace Hardware. He previously owned Little Falls Fuel, Little Falls Freight Company and his first love was George Lumber which was ran with his family.

Tommy was a member of the Salisbury Ridgerunners and the Dolgeville Rod and Gun Club. He was an entrepreneur where his mind never rested and was always geared towards all aspects business. Tommy enjoyed cars and driving fast, making moonshine, having a successful business, watching boxing matches, watching old movies on AMC network, loved cooking and eating out, Food-eat, sleep, and repeat. Tommy also enjoyed spending time in his garage with his buddies, it was his true "man" cave. Tommy's favorite time was spent in the company of his wife and children, attending all of their life's accomplishments in sports, academics and extracurricular activities especially watching his girls play soccer. Tommy was a true family man, his kid's biggest hero and a lifelong friend to many. He will be greatly missed by his family and friends.

Tommy was predeceased by his parents, Robert and Dorothy George and a special uncle, Raymond George and several other special aunts and uncles.

Calling hours will be held on Monday, March 15, 2021 from 4 p.m. to 7 p.m. at Miller-Plonka Funeral Home, 30 Wolf Street, Dolgeville, New York 13329. A funeral service will be held the following day, Tuesday, March 16, 2021 at 1:30 p.m. also at Miller-Plonka Funeral Home with Rev. Brian K. Slezak, Pastor of St. Joseph's Catholic Church officiating. Please wear a mask or facial covering and social distancing procedures will be followed. Burial will be held later in the spring at St. Joseph's Cemetery in Dolgeville, New York.

To leave a message of sympathy for the George Family, please visit www.millerplonkafuneralhome.com and sign the tribute wall.

To send flowers to the family or plant a tree in memory of Thomas "Tommy" R. George, please visit our floral store.

You can still show your support by sending flowers directly to the family, or by planting a memorial tree in the memory of Thomas "Tommy" R. George
Share a memory
© 2021 Miller-Plonka Funeral Home, Inc. All Rights Reserved. Funeral Home website by CFS & TA | Terms of Use | Privacy Policy