Share a memory
Obituary & Services
Tribute Wall
Read more about the life story of Larry C. and share your memory.

Larry C. Combs, 81, of Port Leyden, New York, originally from Moorefield, WV passed away peacefully on Tuesday, November 15, 2022 in Dolgeville, New York at the home of his grandson, Justin Combs and Justin’s wife, Kayla Combs who was Larry’s main care giver. At the time of his passing he was surrounded with the love and support of his family by his side.

He was born on June 29, 1941 and was the son of the late, Raymond and Teresa (Hamilton) Combs. Larry was educated at Mount Markham in West Winfield, New York where he grew up on the family dairy farm. He was of the Methodist faith.

Larry spent the majority of his life as a self-employed trapper where he traveled and lived an adventurous life allowing him to move all over the country, trapping animals of all kinds. Prior to that, he was a fire tower observer for the state.

He was predeceased by his brother, Bobby Ray Combs.

In keeping with family wishes, there will be no services. The family is being cared for by Miller-Plonka Funeral Home, 30 Wolf Street, Dolgeville, New York 13329.

Please consider memorial contributions for the NYS Trappers Association, Bob Samuelson, 3889 Westside Drive, Churchville, NY 14428. Please write in your memo section of your check: “In Memory of Larry C. Combs” in order for the donation to be properly acknowledged, or visit: https://www.nystrappers.org/

To leave a message of sympathy for the Combs family, please visit www.millerplonkafuneralhome.com and sign the tribute wall.

To send flowers to the family or plant a tree in memory of Larry C. Combs, please visit our floral store. 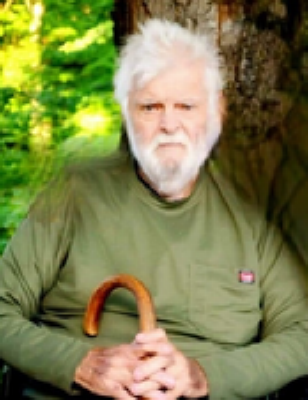 You can still show your support by sending flowers directly to the family, or by planting a memorial tree in the memory of Larry C. Combs