Share a memory
Obituary & Services
Tribute Wall
Read more about the life story of Gail E. and share your memory.

Gail E. Yanney, 78, Dolgeville, New York passed away peacefully on Sunday morning, January 22, 2023 at St. Johnsville Rehabilitation and Nursing Center where she had been a resident since 2017.

She was born on October 24, 1944 in Rome, New York and was the daughter of the late, Sheldon C. Stoddard and Sophie W. (Prusinowski) Stoddard. Gail was educated at Rome Free Academy and graduated with the Class of 1962. At one time, Gail also attended Mohawk Valley Community College.

Gail was united in marriage to Albert J. Russo, Sr. for many years until he passed away on May 28, 1989 at the age of 62. On August 26, 2000, Gail married John J. Yanney at the Dolgeville United Methodist Church and has shared a union of 23 years together.

In earlier years, Gail was a devoted employee at Russo’s San Carlo Restaurant in Rome, New York. She later went on to become a Class B Supervisor for Oneida County Department of Social Services where she worked many years until her retirement.

Gail was a former member of the Auskerada Maques Rock City, Order of the Eastern Star Chapter #204 of the Dolgeville Masonic Temple. She also enjoyed crafting of all types, taking immaculate care of her home, and decorating her house with her husband.

She is survived by her beloved husband, John J. Yanney of Dolgeville, NY; her children, John Merchant and his wife, Deborah of Saratoga, NY, Renee Marker and her husband, Andy of Troy, OH, Patrick Merchant and his wife, Melanie of Charlotte, NC, Albie Russo of Albany, NY, and Jeff Russo and his wife, Stephanie, of Rome, NY; step-children, David Yanney and his wife, Sherry of Little Falls, NY, Barbara Kuyrkendall and her husband, Ward of Little Falls, NY, and Melissa Yanney and her companion, David Everson of Herkimer, NY; many grandchildren and several great-grandchildren; her brother, Leon F. Stoddard and his wife, Elaine of Marcy, NY, her sister-in-law, Lucy Stoddard, her brother-in-law William “Bud” Kelleher, and several extended family members.

Gail was predeceased by her late husband, Albert J. Russo, Sr., her brother, Ray A. Stoddard and her sister, Carolyn F. (Stoddard) Kelleher.

In keeping with family wishes, there will be private funeral services held for Gail. A private spring burial service will be held in the spring at St. John Cemetery in Rome, New York. The family is being cared for by Roberts Funeral Home, 3 E. Faville Avenue, Dolgeville, New York 13329.

To leave a message of sympathy for Gail’s family, please visit www.robertsfuneralcare.come and sign the tribute wall and tribute book.

To send flowers to the family or plant a tree in memory of Gail E. Yanney, please visit our floral store. 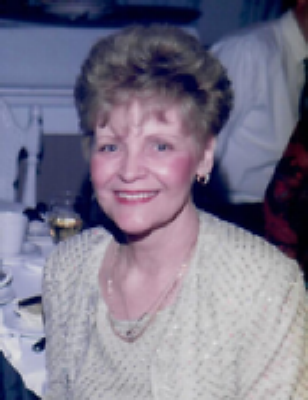