Share a memory
Obituary & Services
Tribute Wall
Read more about the life story of Craig R. and share your memory.

Craig Robert Lyon, 29, of Norfolk, VA and formerly of Dolgeville and Little Falls, New York area, passed away peacefully at on January 4, 2023, at VCU Pallative Unit in Richmond, VA after a courageous fight with cancer. He was surrounded by his loving family at the time of his passing.

Craig was born March 15, 1993 in Little Falls, New York and was the son of son of Marybeth Guilboard and Aretas Lyon. He attended Little Falls High School and graduated with the Class of 2011. Craig went on to pursue a degree in music at HCCC.

He followed his dreams and moved to Virginia to continue with his music career. He eventually went on to start his own business called LMG Marketing Group and operated it together with his husband, Jason. Craig was also the Director for Talent Inc. for many years in which he brought incredible talent from Virginia and the north east areas.

On October 20, 2017 he was united in marriage to Jason Cooper in Williamsburg Virginia. They shared a union of five years married and together for nearly 10 years.

In addition to his love of music, Craig truly enjoyed traveling and in particular going on cruises with his family. One of his most favorite places was Puerto Rico.

Honoring Craig’s wishes, there will be no formal funeral services. The family will be holding Celebration of Life on July 16th at Rustic Ties. A time for the celebration will be announced closer to the date. The family is being cared for locally by Miller-Plonka Funeral Home, 30 Wolf Street, Dolgeville, New York.

Please consider memorial contributions for a scholarship which is being set up in Craig’s memory for Music, Drama and Photography through Little Falls High School. Until we can get an account set up for the scholarship, all contributions can be sent to Betsy Lyon, P.O. Box 125, Dolgeville, NY or Jennifer Giaquinto, 72 Lewis St., Little Falls, New York.

We would like to extend our most heartfelt appreciation and love to the nurses of the 4th floor Pallative Unit for taking such loving care of our Craig. They did so with so much love and compassion. Thank you Amber, Meagan, Whitney, Birdie and the rest of the staff. You truly made Craig’s passing easier.❤️❤️

To leave a message of sympathy for Craig’s family, please visit www. Millerplonkafuneralhome.com and sign the tribute wall.

To send flowers to the family or plant a tree in memory of Craig R. Lyon, please visit our floral store. 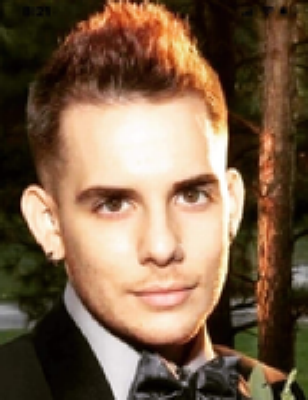