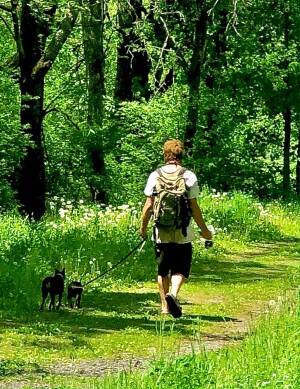 Carson Elliot Dobson, 24, of Dolgeville, New York passed away unexpectedly on Christmas Eve, December 24, 2021. For some he may have been known as the troubled young man who traversed through town with his two dogs close behind, but there are many who are fortunate enough to remember the one of a kind person Carson was prior to his struggle with mental health.

He was born on March 10, 1997 in Little Falls, New York and is the son of Georgette D. Lyon Dobson and the late, Lance A. Dobson. As a boy, Carson was known as the innocent, family sweetheart who never went anywhere without his “Bear-Blanket” in his early years. His imagination was endless, and his hunger to learn new things could not keep up with his fear of missing out on all of the interesting adventures life had to offer. It seemed as though every week he had a new interest, be it guitar, piano, snowboarding, skateboarding, video games, weight lifting, and eventually sports. He would grow up attempting to quench his insatiable thirst to experience life to the fullest.

Carson was educated at Dolgeville Central School where he developed many strong bonds with other students, teachers, and athletic coaches. He was incredibly passionate about new experiences and throughout his years of school he became a valuable teammate and dedicated athlete in the sports of soccer, football, wrestling, and track. Athletics were not the only interest Carson had, and he took great pride in acting for the high school theater productions.

Outside of school Carson held a deep and unequivocal love of animals. To Carson his pets were beloved members of the family that he would do anything for, and before his passing his beloved companions Sassy and Molly brought him great comfort in his solitude. He loved to spend his time reading, writing, and drawing because it allowed him to express his creativity and share it with others. He was always finding something new to obsess over and become fascinated by, and never missed an opportunity to make an experience with others highly memorable.

To only remember Carson for the circumstances at the end of his life is not only a denial of the wonderful person he was, but an insult to his memory. Carson was a best friend, a beloved brother, and a cherished son. Most of all, Carson is a beautiful soul that is finally at peace after a long struggle with his inner demons. His was the face of mental anguish that reminds us all to be a little more understanding and welcoming of those who are facing the battles we cannot see on the surface. Remember Carson for his warm smile, his determination to never miss out, and most of all the undying love he felt for his family, his community, and the living world he was a part of.

On behalf of the Dobson and Lyon family, thank you to all of family, friends, and members of the community who went out of their way to help Carson and cared for him. The gratitude felt for those who did what they could to make his life easier and better, will not be forgotten.

He is survived by his mother, Georgette D. Lyon Dobson of Dolgeville, NY; his brother, Lukas Dobson and his wife, Jessie of San Diego, CA; aunts and uncles, Monty and Betsy Lyon of Dolgeville, NY, Aretas Lyon and his companion, Barb of Little Falls, NY, Ralph and Shawn Lyon of Spencer, WI, and Darcie and Denise Lyon of Hanahan, SC; many cousins and extended family.

The Lyon & Dobson Families would like to extend a thank you to all who have reached out to extend their love, support and comfort during this very difficult time.

To leave a message of sympathy, please visit www.millerplonkafuneralhome.com and sign the tribute wall.

To send flowers to the family or plant a tree in memory of Carson Elliot Dobson, please visit our floral store.