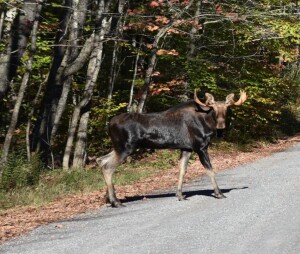 Burlin R. Daley, 73, of Dolgeville, New York passed away unexpectedly on Saturday evening, March 20, 2021 at his home with his loving wife by his side.

He was born on April 19, 1947 in Little Falls, New York and was the youngest son of the late, Burlin and Etta Comstock. He was educated at Stratford Central School.

On March 6, 1967, Burlin enlisted in the United States Army. He served his country during the Vietnam War. Burlin earned the following commendations, the National Defense Service Medal, Vietnam Service Medal, Vietnam Campaign Medal, Combat Infantry Badge, Good Conduct Medal and the most honorable, a Purple Heart for injuries sustain in combat. He was honorably discharged on February 24, 1969.

On June 23, 1984, Burlin was united in marriage to Valerie L. Siver at the Dolgeville United Methodist Church in Dolgeville, New York. The couple shared a loving union of nearly 37 years together.

Burlin was formerly employed with Remington Arms, Chicago Pneumatic, Color Print, and his last employment was with Union Fork and Hoe in Frankfort, New York as a laborer.

Burlin was a member of Salisbury Ridgerunners Snowmobile Club, the Dolgeville Rod & Gun Club and was a 30+ year member of the Adirondack Post 1118 American Legion in Coldbrook, New York and the Little Falls American Legion Post 46 in Little Falls, New York. He enjoyed many outdoor activities including, hunting, fishing, boating, camping, snowmobiling, taking rides in the fall to look for leaves and moose, as well as road trips and traveling. Burlin was an enthusiastic Yankees fan. He loved telling stories to children and playing with his grandchildren. His most precious time was spent in the company of his wife, children and grandchildren. He will be dearly missed by all who knew him.

Burlin was predeceased by his siblings, three sisters, Carol Snyder, Catherine Bunce and Pauline LaGrange and two brothers, James Daley and Jack Daley, and his mother in law, Erma Siver.

Calling hours will be held on Wednesday, March 24, 2021 from 4 p.m. to 6 p.m. at Miller-Plonka Funeral Home, 30 Wolf Street, Dolgeville, New York 13329. At the conclusion of calling hours, the United States Army Honor Guard will accord funeral honors for Burlin at 6 p.m. All are welcome to attend calling hours and attend the military ceremony. Please wear a mask and follow social distancing procedures. Burial will take place in Curtis Cemetery at a later date where he will rest with is parents.

To leave a message of sympathy for the Daley Family, please visit www.millerplonkafuneralhome.com and sign the guest book.

To send flowers to the family or plant a tree in memory of Burlin R. Daley, please visit our floral store.

You can still show your support by sending flowers directly to the family, or by planting a memorial tree in the memory of Burlin R. Daley